You are here: Home / Anonymous / 10 Best Historical Hacks by Anonymous – You Must be Known
Share27
Pin

Anonymous group is comparatively big and popular among the people around the world. These hacktivists group came to light when they are public on social media, wearing Guy Fawkes mask. They call themselves as Anonymous and wear masks in all over the demonstration. The anonymous group drastically increases in opposition to injustice, which is considerably largest and illegal where they are considered as vigilantes by people.

I guess you are familiar with their slogans, if not then get to know,

There are many attacks and hacks done by anonymous. But only a few are the best, I listed them below. Take a look at the 10 best hacks done by Anonymous. 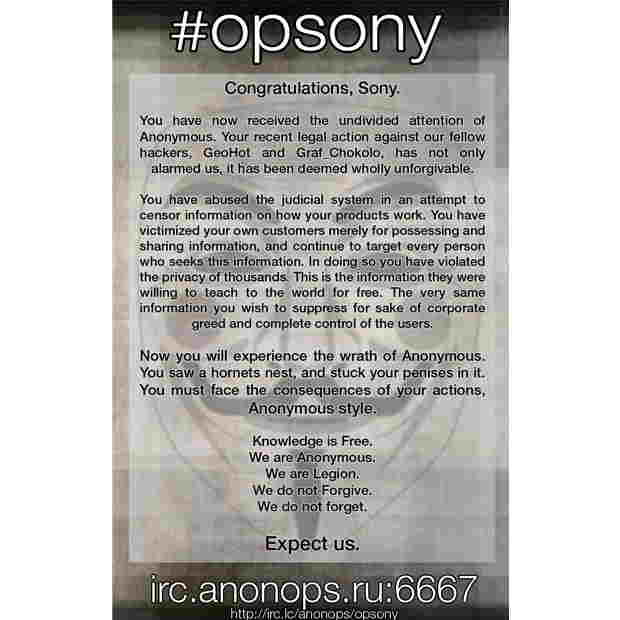 All the Sony Playstation networks and Qriocity services are down, later it comes to know that anonymous hacker had control over it and shut them off.

This hack has happened during the mid-season of the NBA season. Anonymous launched a #OpSony attack when sony decided to take George Hotz to court for creating software that allowed PlayStation owners to run homemade software on their consoles.

Over 77 million registered PlayStation Network accounts are hacked, which was considered as the largest data security breaches in history. 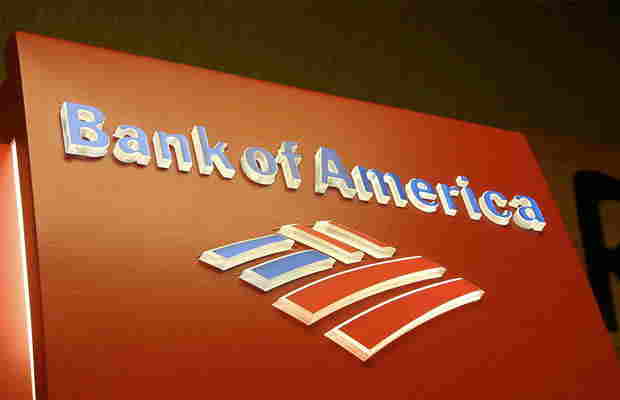 Anonymous leaked emails of bank employee on bankofamericasucks.com. It has happened on march 14, 2011, in an effort to expose the Bank of America’s alleged corrupt nad unfair mortgage practices. 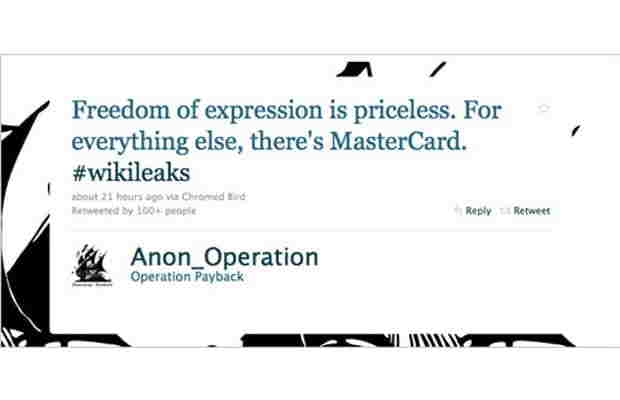 Anonymous declared war on Visa, Mastercard, and Paypal for refusing business with WikiLeaks. The anonymous hacker shut down their system server and freezing the website account. Afterward, the biggest companies like Visa and Mastercard sites were also taken down by anonymous. Though many companies encouraged WikiLeaks for releasing top secret diplomatic cables to the public, U.S. government is against them and demanded them to stop releasing the secrets to the public.

The organizers commenced DDoS attacks on websites of banks who had withdrawn banking facilities from WikiLeaks. 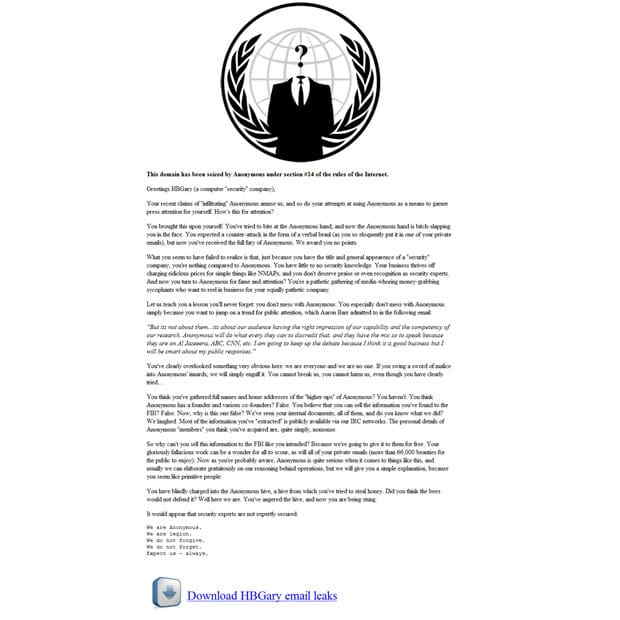 The anonymous group targeted HBGary and the CEO Aaron Barr and hacked the company’s website, phone, email system which includes a presentation, information about competing firms and info on HBGary Barr’s plans for shutting down Wikileaks. Hacker also takes over Aaron Barr’s Twitter account, posting his phone number along with the address. Anonymous stated “You brought this upon yourself. You’ve tried to bite the Anonymous hand, and now the Anonymous hand is bitch-slapping you in the face.” 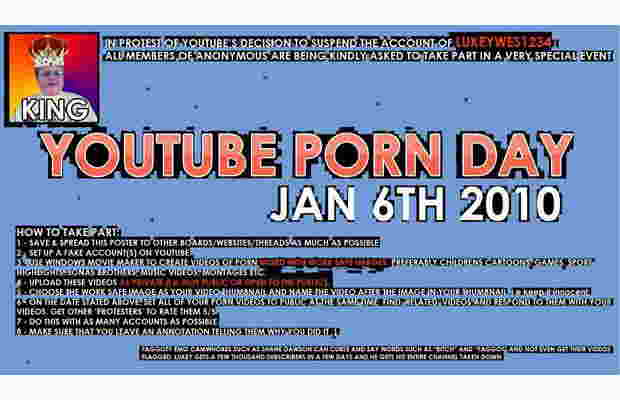 The world’s most popular “Youtube” video channel was the target of anonymous on Jan 6, 2010, when the member of their group’s account was suspended by Youtube who uploaded music videos to this channel. Anonymous got angry and encouraged its user to upload porn videos in Youtube with user-friendly names. But, Youtube was unaware of this attack, but one day the 12-year-old boy was responded to the adult video uploaded on the Youtube by saying “I’m 12 years old and what is this?”. Only after the comment, they took action to remove all the adult content videos uploaded by the anonymous on Youtube.

Operation Tunisia refers to the actions by internet group Anonymous during the Tunisian revolution – Jan 2011. 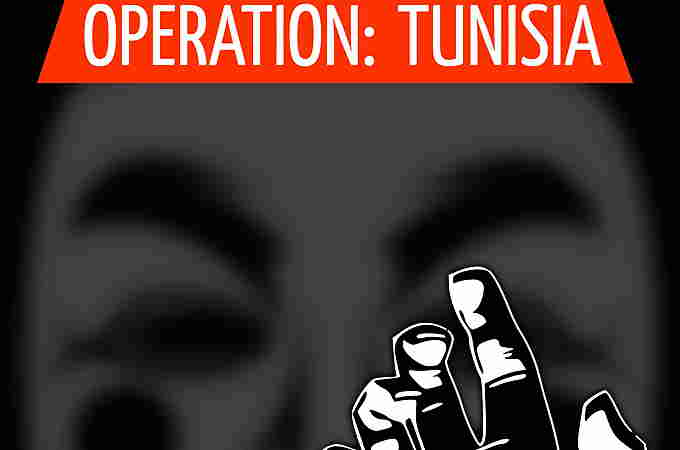 On Jany, 2011, all the Tunisian government websites are taken by anonymous by recruiting a huge number of hackers. Zine El Abidine Ben Ali, the president of Tunisia fought over government corruption, poor living condition, and unemployment but there was a lack of freedom of speech.

Anonymous hacking to destroy for “fun” and harassment of Black Americans – June 27, 2008. 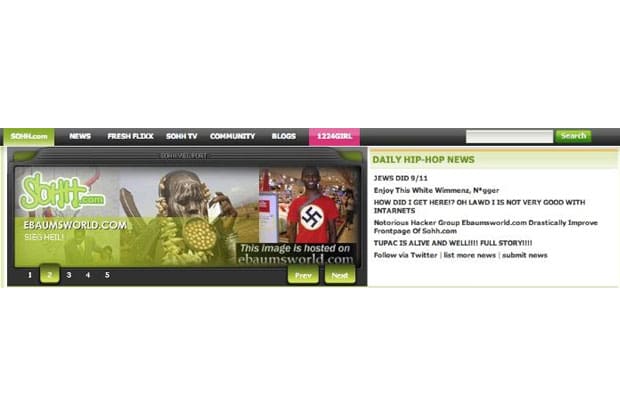 SOHH‘s is a very popular Hip-Hop musical website that was taken down for racist slurs and images. First the anonymous flooded the site’s message boards forcing it to shut down, next hit them with DDoS attacks, finally the website is killed and taken down. The attack was due to racist nature of the SOHH employees, reports FBI.

The CEO of SOHH.com, one of the attacked sites with over 1.5 million visitors per month, issued a statement, saying:

“It appears that hackers are specifically targeting Black, Hispanic, Asian and Jewish youth who ascribe to hip-hop culture. … Other websites, including AllHipHop and DatPiff forums have also been compromised or threatened this week. … Also, as this is an international issue, it is being addressed by the FBI and the Strategic Alliance Cyber Crime Working Group.”

The February 2010 Australian cyberattacks were a series of denial-of-service attacks conducted by the Anonymous online community against the Australian government in response to proposed web censorship regulations – February 10, 2010. 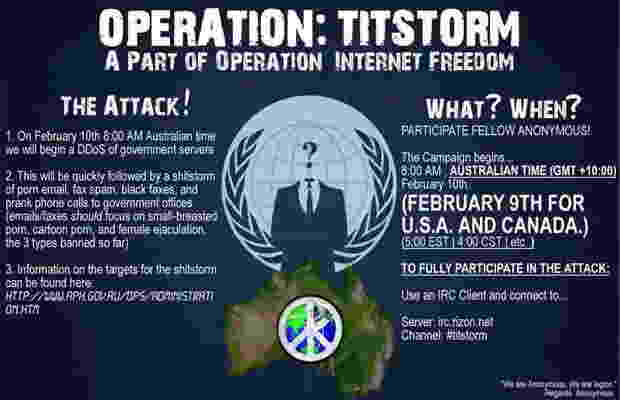 According to reports, the actual size of the attack was unknown but the investigator assumes the attack ranges from hundred to thousands. The initial stage was followed by small in-person protests on 20 February that were called “Project Freeweb“. 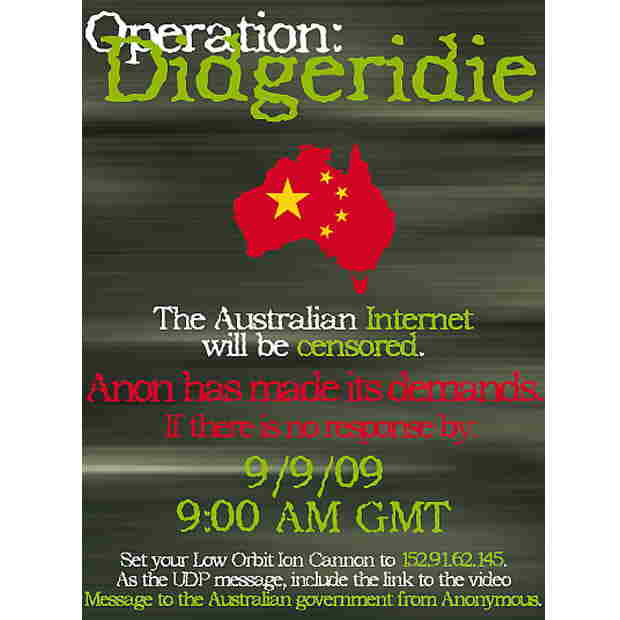 This operation is carried out by anonymous when the Stephen Michael Conroy, the Minister for Broadband, Communications, and Digital Economy for Australia tried to block malicious content like child pornography and other adult content on the internet. After which the Prime Minister’s website goes offline for about an hour by anonymous using a DDoS attack (Denial of service). 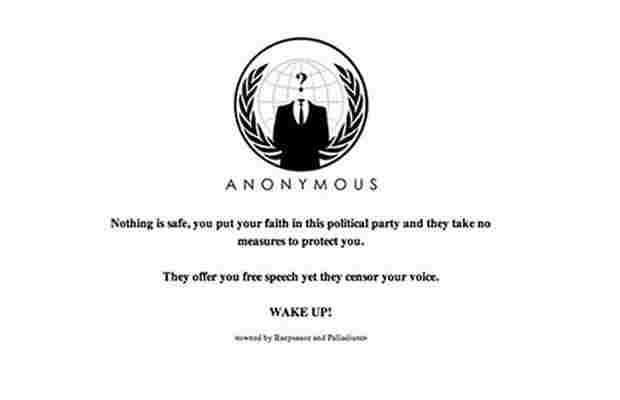 During the Irish General Elections, several websites are taken down and showing  “Nothing is safe, you put your faith in this political party and they take no measures to protect you. They offer you free speech yet they censor your voice. WAKE UP!” in the image. Anonymous hacker warned about the political game to the people on Feb 25, 2011.

Up to 2,000 people’s personal details were compromised in the attack by the hackers, known as Anonymous, Fine Gael said. The American internet firm ElectionMall, which reported the cyber attack to US authorities, has informed the party that the FBI is now involved in the investigation.