The Global Drug Survey (GDS), a London-based drug and alcohol research group found that 25.3 percent of drug users have used the darknet markets hosted on the dark web to buy illegal drugs on 2016. It accounts for total 7% increase in the last year.

Dark Web Drug Users have been growing in the European countries with the biggest adoption of Dark Web Markets since the purchase increased steadily in several years and the percentage of users too which has almost doubled even after the shut down of the famous Silk Road market when the admin Ross Ulbricht was arrested.

Here is the report which states the darknet adoption based upon the country. Finland tops the charts followed by Denmark and then in the third place with the United Kingdom.

Even though the US tops the rank in the drug production and importing its online users are less. Also, the research indicates MDMA popularly known as Ecstasy and cannabis are purchased more by the UK Users. 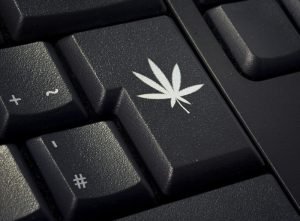 Darknet Markets follow the Hydra-Like Form when one head is gone two more replaces its position. When Silk Road was shut down and another popped up saying Silk Road 2.0 and 3.0.

After the Operation Onymous, each and every vendor from the silk road started their own private darknet markets that a basically targeting specific geo-location.

The Darknet Markets are becoming decentralized and with sophistication, it’s hard to monitor and take them down and currently, it is claimed that more than 50 Anonymous Markets are operating in Dark Web.