According to rumors one of the biggest security breaches had made 17 Gigabytes of data end up in the Deep Web. It contains Email Address and Unhashed passwords linked to Top Italian Institutions, Armed Forces, Police companies, law enforcement and military. The group responsible for releasing this sensitive data is called by the name ‘Anti-Public’.

One of the most sensational and major leaks ever discovered so far. Among the 17 GB is divided into Txt file which contains 13 million email domains and over 400 million unique email address with matching passwords. The Passwords obtained are unencrypted so anyone who acquires this data can access them without any hassle.

Cyber Division of Var Group, Yarix, Italian company first discovered the rumors from the underground deep web and immediately started their work. Within a short span, they could find the database and acquire it. 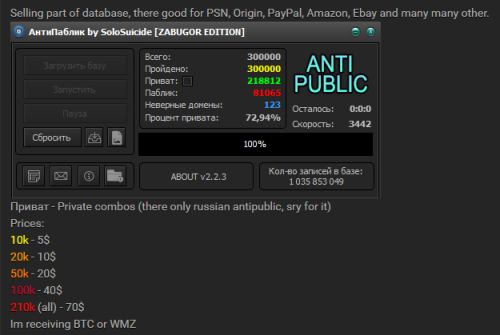 Yarix combined with D3Lab to study the data throughly and find out it was very much authentic that was uploaded in Russian Cloud Platform  on December’16 but the person responsible still remains a mystery.

It left the entire nation worrying which even contained about the Italian Polic, Fire Brigade, Ministires, Hospitals, the armed forces and Universities.Few Sensitive information that linked globally to White House , the US Armed Forces, Europol,  and the European Parliament.

The Glance of the domains that reveals and confirms the extension of the vulnerability in Anti-Public in which we live from the White House to the entire military and academic system in Italy, we have before gives us the exact picture of our weakness, that feeds on a still largely immature culture of safety “- says Mirko Gatto, CEO of Yarix -” from the more structured organizations at the daily life of individuals, it is imperative that we change our behavior in the light of the knowledge that cybercrime is able to harm at all levels “.

If you are an Italian or anyone then you very well know about the ‘password reuse‘ concept that we tend to use the same password for all websites which tends to be a common mistake among us. Leak proves even the First level of Infrastructure of the state agencies, military or government are still weak and can’t be acceptable.