The Deep Web and it’s Dark Web subdomain are complex and nuances places. They aren’t simply good or bad, but places where both good and bad things can play out.

Despite this, the Dark Web is best known for being a place where criminals can get up to no good. Among these criminal activities, it’s certainly the sale of illegal drugs that most people know about.

That’s mainly thanks to the most notorious darknet market in history so far: The Silk Road

Named for an ancient trade route, the Silk Road would shake the authorities waging a war on drugs to their very core in 2011 when several events and technologies came together and enabled anonymous drug trade as never seen before. Today the Silk Road is long gone and several generations of copycat sites are already history, but who knows of drug-dealing darknet markets can ever really disappear? How did we get here? Let’s look at an (abridged) version of the deep web narcotics story.

The Birth of the Dark Web 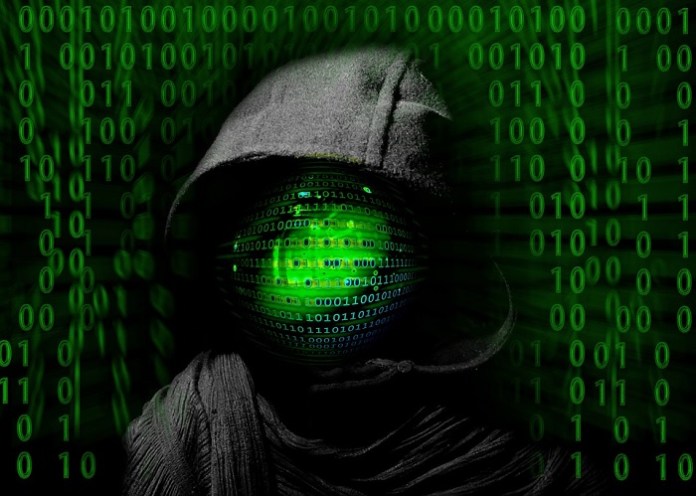 Most people think of Tor and its hidden services when you mention the Dark Web, but Tor was just the first “easy” way to traverse the depths of the internet.

As far back as the 80s, there were already rumblings about where sensitive and even illegal data could be hidden from public view on the nascent internet. By the 1990s the internet is already teeming with peer-to-peer networks that run on top of the clearnet. Some are public and get targeted by big media companies. Others are only open to a few select members and operate in complete obscurity.

It was only in the early 2000s with the release of Freenet that enables an anonymous exchange of data and let people into the dark and deep web. Freenet was not perfect, but it’s a clear precursor to what Tor would become.

A mere two years later the least likely entity provides the foundation for darknet markets: the US Navy. Looking for a way to securely communicate without compromising the communicators, they release their “onion router”.   The very Tor technology that almost all darknet markets use today. 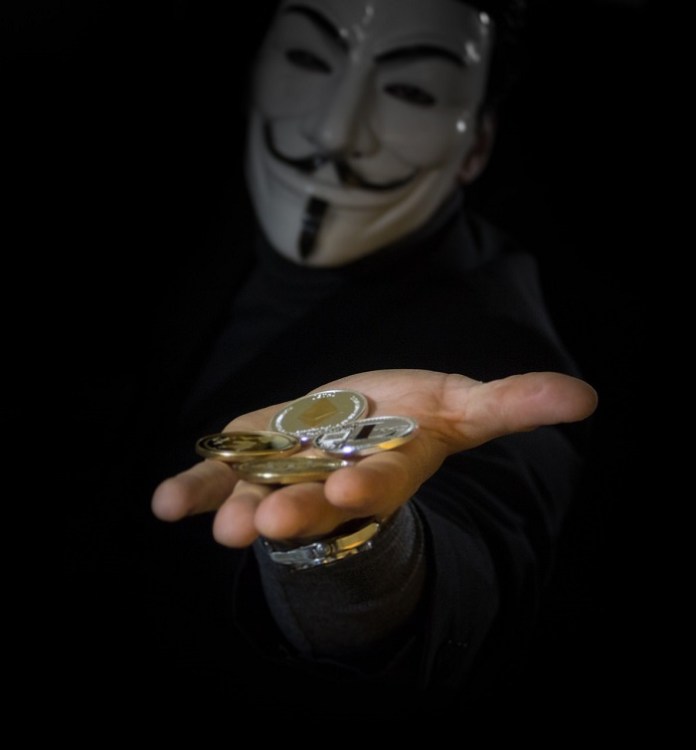 Just because you have a place to anonymously communicate doesn’t mean you can transact. One of the hardest things to do with an illegal trade is actually paying someone. Each one of those dollars is traceable and if you use some sort of electronic transfer you’re even more easy to nail. Without any way to anonymously provide money, drug darknet markets would never have existed.

So it almost seems like divine providence that about seven years after Tor came to be, an unknown person or persons invented the world’s first cryptocurrency.

This meant money could change hands without anyone knowing who the parties were. Yet thanks to the blockchain, there’s 100% certainty about the legitimacy of the transaction. All without any involvement of a central authority like a bank.

Now there was an anonymous place to discuss the trade and an anonymous way to actually pay the provider. The only thing left was getting the product to the customer. 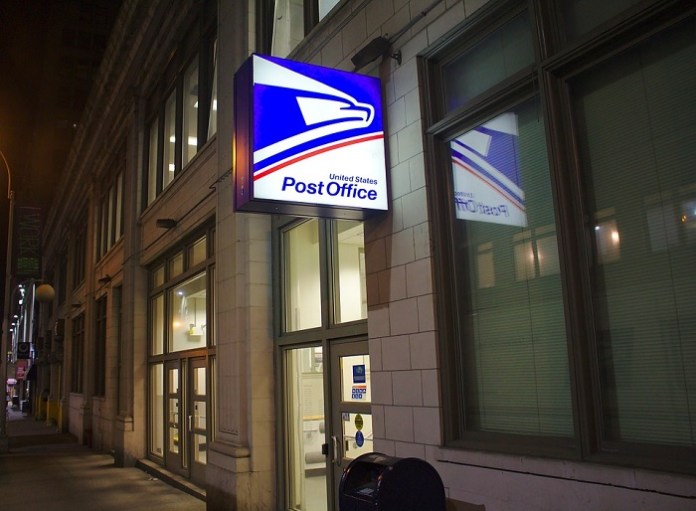 So with all this advanced technology handle the ordering and payment of naughty chemical entertainment there must have been an equally impressive system to actually get those packages where they should go. Is it some secrete courier network? Were they using fancy ways of hiding the goods?

Believe it or not, in the United States at least the answer was the normal old postal service. How is this even possible? Well according to those in the know there are many reasons to choose the USPS if you want to get those illicit items where they need to go.

The USPS can’t just open your mail, for one thing. They need a warrant if it’s a first class parcel. Even if they wanted to, there are billions of packages and letters passing through the system. Which makes getting caught statistically unlikely. On top of this, they have their own law enforcement arm in the form of USPS Postal Inspectors, which means that other agencies can’t just come and sniff around whenever they like.

It’s not as if the Silk Road invented the idea of sending people illegal things in the mail. It just integrated it with several other technologies to create a mass operation, unlike anything the world had seen.

The Golden Age of the Silk Road 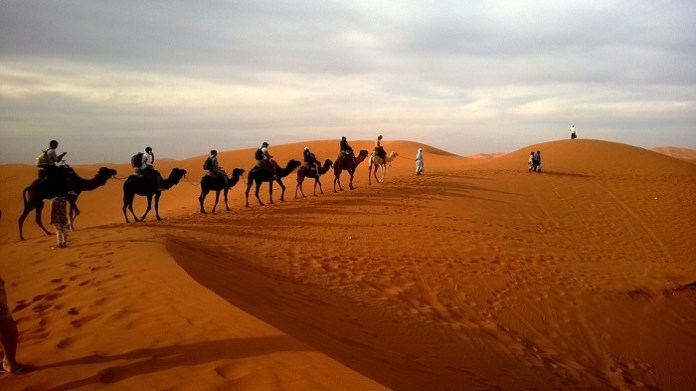 The Silk Road only lasted two years and eight months (depending on who you ask), but at its height, it was flying very high indeed. It’s actually amazing that the site lasted as long as it did since efforts to shut it down started only a few months after it was launched.

Despite the relatively small size of the Dark Web user base, the Silk Road made a LOT of money. Somewhere in the region of $1.2 billion. Ross Ulbricht, who is allegedly Dread Pirate Roberts, had about $3.6 million which was seized at the time of his arrest.

That’s a lot of cheddar and that wasn’t the only reason the Silk Road was such an important event in modern history. It provided a way for recreational (and medicinal!) drug users to safely get what they wanted without hurting anyone. Traditionally the most dangerous part of using recreational drugs isn’t the substance, but having to deal with face-to-face with violent criminals or the risk of street arrest.

It’s not a stretch to think that the success and relative peaceful operation of the Silk Road was one of the factors that have helped tone down the pointless US war on drugs and the decriminalization of marijuana is spreading through the states like wildfire.

The Fall of the Silk Road 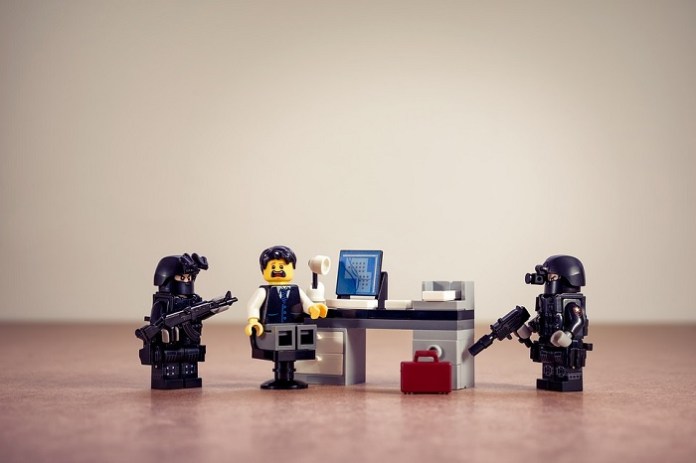 Like Icarus, the Silk Road flew too close to the sun. If you are the largest and most visible darknet market then you have to practice perfect vigilance all of the time. One slip-up, one security boo-boo, and the feds are ready to crack you wide open.

Just short of three years after going online the Silk Road was no more. Like so many cyber-security breaches what brought the Silk Road down wasn’t just technological attacks, but human frailty.

The FBI “flipped” some of the online personas who seemed close to Dread Pirate Roberts. They would then impersonate some of these people online to get info from their target.

The dirty details of the bust have been reprinted umpteen times elsewhere, but the bottom line is that this was the true end of the original Silk Road.

The March of Copycats

The thing is, you can kill the expression of an idea, but you can’t really kill the idea itself. At least not easily. Although the Silk Road itself was now gone all the sellers and buyer who tastes a safe and profitable way to do business hadn’t just gone with it. Wherever there is a demand in the market someone will supply it. So it should be no surprise that copycat markets started appearing quickly after the Silk Road went down.

In fact, there have been two markets that have called themselves “Silk Road”, but of course they have no official connection. These markets were just trying to make use of a famous name. In any, even both have shut down since.

The Alphabay is probably the best-known market to come after Silk Road and at its peak, there were more than 400 000 users on the site. Alphabay made it about as long as the Silk Road, ironically. It was shut down earlier this year after a series of breaches and security lapses. The site was reportedly ten times as large as the Silk Road doing hundreds of thousands of dollars in trades every day.

Another large market, Hansa, was also shut down. In fact, for the last month or so of its operation, it might actually have been run by law enforcement! These shutdowns left a huge gap in the current darknet market, er, market.

It remains to be seen if new, better-secured markets will spring up to fill the void. It would be surprising if it didn’t happen. Inevitably new markets will learn from the mistake of their fallen forebears.

With the big names in dark web narcotics disappearing in 2017, it’s pretty unclear how (or if) dealers will stage a return. Thanks to law enforcement efforts and a better understanding of the technologies and methods used on darknet markets it’s becoming harder and harder to keep such sites up and running. At the very least the cost and complexity of keeping under the radar might push the cost of doing business higher than is sustainable.

2018 is going to be an interesting time in the deep web narcotics game. The law is standing ready, but you can never underestimate the ingenuity of the hacker collective.

Remember that no matter what you plan on doing on the dark web, you should always combine it with the protection of a VPN. We strongly recommend you to use CyberGhost VPN to remain anonymous while you browse the dark web. Be safe and be sure to check out our list of best VPN choices for great deals and advice on which VPNs are worth buying.