Hackers are once again on the rise. Massive Cyber attacks happened across the globe on Friday by exploiting and rapidly infecting computers using the tool. The superweapon dubbed as ‘Atom Bomb of Malware’ stolen from the National Security Agency last month by a hacker group called ‘The Shadow Brokers’. 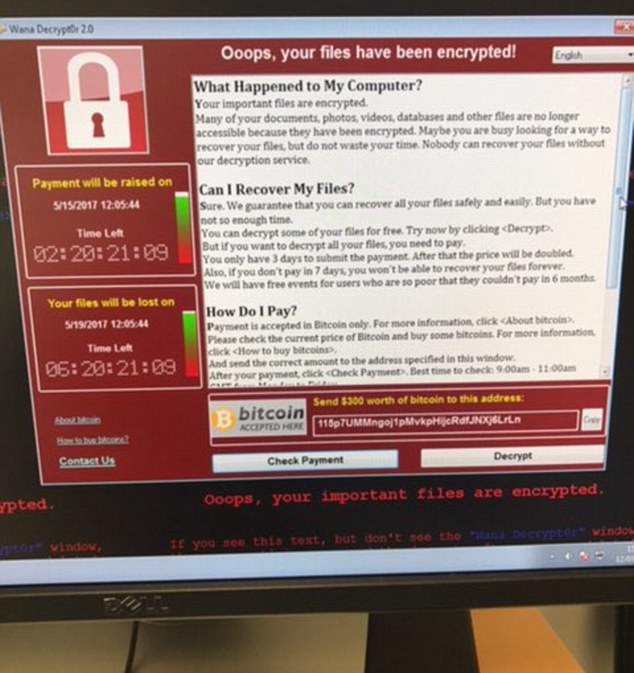 According to security experts, Microsoft Vulnerability was identified by US National Security Agency for Intel-gathering purpose was stolen and revealed by the group and they likely made it a ‘worm’, or self-spread malware, by exploiting a piece of NSA code known as Eternal Blue. 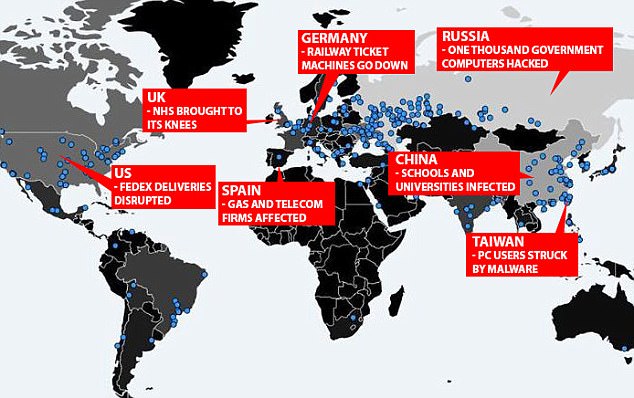 The above map reveals, the ransomware affected countries around the world. Security experts say Russia is the most affected country followed by England, India, Ukraine.

It didn’t stop there, many users around Taiwan were also struck by this malware and Chinese Schools and University IT Systems fell for it. In Russia, One thousand government computer were hacked. Railway ticketing machine goes down in Germany.

In Spain, the Telefonica mobile phone network, power firm Iberdrola and utility provider Gas Natural all suffered from the virus. 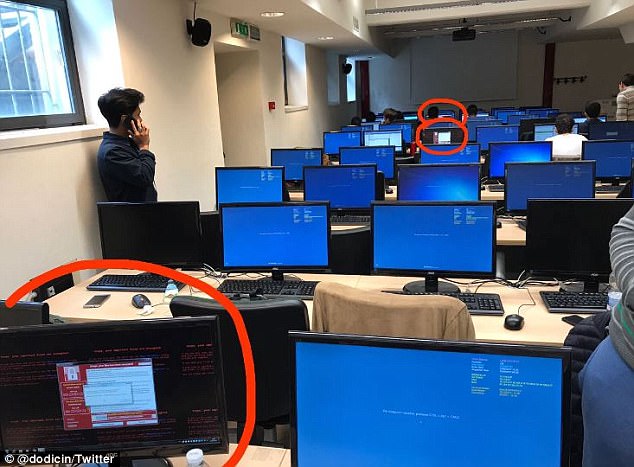 If you could look carefully several computers were affected by Malware in a university in Italy.

Following a suspected national cyber attack we are taking all precautionary measures possible to protect our local NHS systems and services.

Around 40 Organisations such as Hospitals and GP-surgeries under NHS were hacked, as the ransomware demands the payments in the form of Bitcoins. If they failed to transfer the amount then the encrypted data will be deleted.

The NHS has been hit. Computers, phones, nd emergency bleepers in hospitals and GP surgeries. The Malicious Software demanding to send $300 worth of bitcoin to the address to decrypt the data. 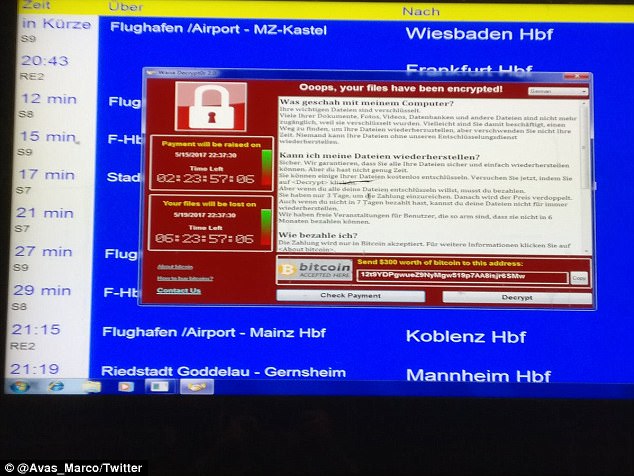 The German rail system was also experiencing issues due to the ransomware. Photos surfaced on social media showing ticket machines at train stations having been affected.

According to sources,” the hack was performed via WanaCrypt0r 2.0 an encryption-based ransomware that encrypts the system files and keeps it unless money is paid to the source person. Though the creators of WanaCypt0r and WannaCry, a decryptor software are also surprised with the global reach on a massive scale.”

To avoid getting such type of Ransomware on your system,

Cyber SecurityExperts believe that this ‘just the beginning‘.