Have you ever heard about the NSO Group? The famous professional spyware maker group based in Israeli who sells them to government organizations around the globe. Lately they were been on the news due to the sophisticated iphone hacking tool which hacked the iphone with a single text message.

But today the name came up when one of its customers in Mexico did the absolute sloppy way of hacking the phones of 15 journalists, human rights activists and few scientists. 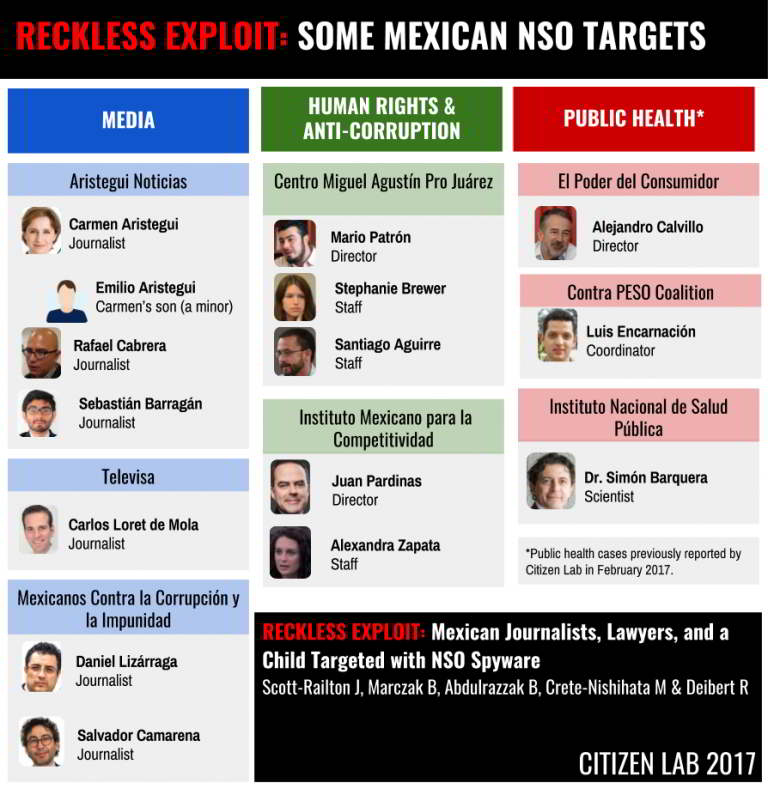 It made the technology company infront and turn the focus of the world media towards them. “It’s very reckless, it’s very noisy. The targeting was done in a way that it would’ve been picked up by the targets,” said John Scott-Railton, a senior researcher at Citizen Lab.

A report by citizen lab identified 76 text messages sent out which was designed to phish the targets and install the spyware called as ‘Pegasus’. 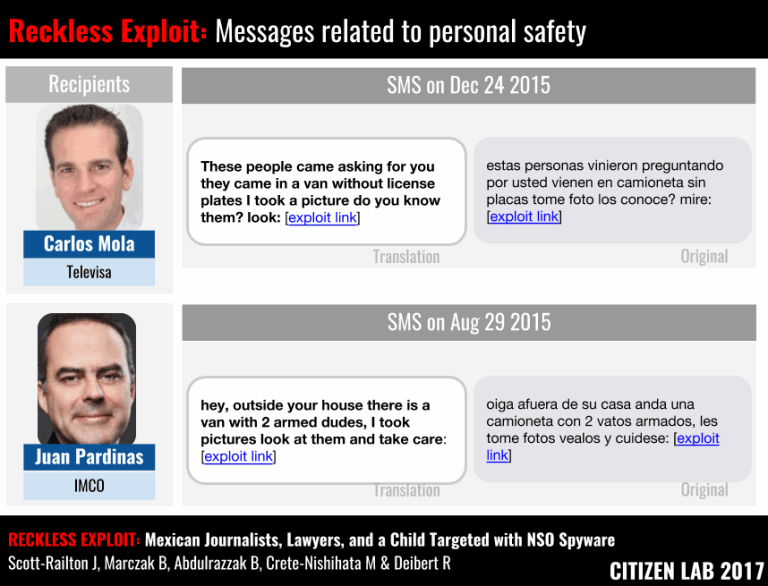 “Once infected, a phone becomes a digital spy in the pocket of a victim, fully under the control of the operator. An infected phone can be configured to report back all activities on the device, from messages and calls (even those via end-to-end-encrypted messaging apps), to recording audio and taking pictures.” the report read.

As it was pretty much useless to send more than 20 phishin text messages to same target the son of the famous mexican journalist Carmen Aristegui who was involved in major investigations.

Even they had got messages that read like the one below,

The founder of NSO Group didn’t comment on this issue and replied to the email by motherboard “we do not speak to reporters.”

The PR’s email statement read, ” The company sells only to authorized governmental agencies, and fully complies with strict export control laws and regulations. Moreover, the company does not operate any of its systems; it is strictly a technology company.”

The company did change thier names such as ‘Q’. It did change it often to avoid heat and attract less attention but they forget to rein its Mexican customers.